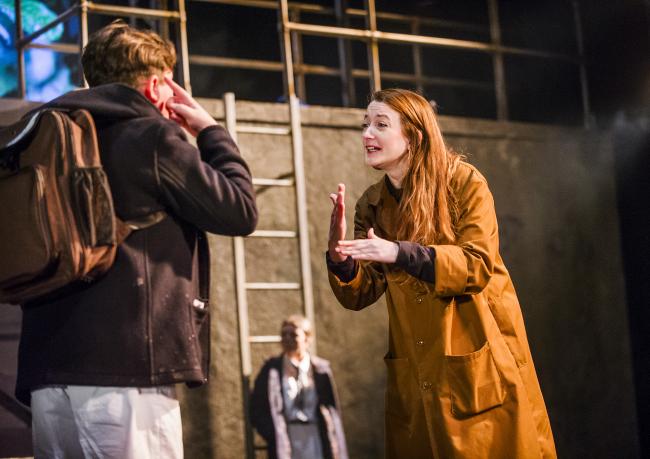 Herons: Max Gill as Billy and Sophie Stone as Mum in Herons
Photo by Tristram Kenton

Idlewild Trust awarded a grant to support young talent in Herons, Simon Stephens’ ground-breaking play. The Lyric succeeded in bringing new talent to the London stage, casting a young and relatively inexperienced cast, and supporting them through the page-to-stage process.

67 young people attended auditions for Herons, ensuring the Lyric was accessing a wide network of young people including groups that work with young people who do not have the means to pay for and attend professional training schools. Out of a cast of eight, six actors were under 23 years old, including four actors under the age of 18 and three had not acted on the professional stage before.

The Lyric team worked hard to ensure the cast was fully supported in their professional development. There was a longer rehearsal time scheduled than normal for a production on this scale, and every cast member was seen to increase in confidence and ability across the process. The young cast also benefitted from the presence in the rehearsal room of the two older professional actors in the cast who were able to share their experience and model their approach to the rehearsal and performance process.

The production received critical success, including a string of brilliant reviews from major press and publications, the majority recognising the talent of the young cast members.

Within three months of the play closing, a number of the cast had already moved on to exciting projects thanks to the exposure and experience gained at the Lyric, with participants securing parts in plays at Southwark Playhouse and Lyric Hammersmith, and with Young Blood Theatre Company. Another cast member was taken on by the Sylvia Young Agency and others are auditioning for drama school or other roles.  The Lyric will continue to track the progress of the cast members for the next year and continue to support them through giving access to its regular activities and future casting opportunities.

£3,000 grant awarded in November 2015
http://www.lyric.co.uk/
We believe this project is a vital element of our ethos to programme challenging work, and this production has enabled us to continue championing a new generation of young people on stage